High number of IT outages being reported by large organizations 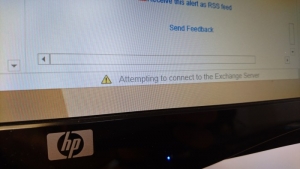 90% of large businesses report experiencing major IT incidents throughout the year, and 60% report outages occurring on a monthly basis, yet only about half have a team dedicated to handling such occurrences. This is according to a study conducted by Dimensional Research on behalf of xMatters.

Major Incident Management Trends 2016 also revealed that nearly two-thirds of IT departments have target resolution times when an outage occurs, but three-quarters of them routinely exceed their target times.

Reliance on digital infrastructures has dramatically increased the impact and frequency of major incidents, according to the report. IT and business leaders within individual companies are mostly aligned on what constitutes major incidents and how to resolve them. However, standard definitions and processes are lacking between companies and across industries. Without these standards, IT departments lack benchmarks and best practices to help drive improvements.

According the Business Continuity Institute’s annual Horizon Scan Report, IT and telecoms outages have consistently been one the top three threats to organizations with the latest report highlighting that 81% of business continuity professionals expressed concern at the prospect of this kind of threat materialising.

“At long last, IT departments and business leaders are on the same page when it comes to recognizing the severity of business impact during a major incident and the importance of solving disruptions as quickly as possible,” said David Gehringer, principal at Dimensional Research and author of the study. “However, they’re unfortunately falling far short of their goals of solving problems on time and in an efficient manner, often due to poor alerting and communications management.”